skip to main | skip to sidebar


Welcome to our 2022-23 season.  We are excited to be back once again with a great line up.  Our prices have not increased for the new season and can once again be picked up at ATB.  You can also mail your cheques to Newell Concert Series, Box 1601, Brooks, AB T1R 1C4. We look forward to welcoming you back to the Griffin Park Theatre!
Posted by Newell Concert Association at 10:50 AM

THE GIFT: A TRIBUTE TO IAN TYSON

The Gift is a unique show that draws on all chapters of Ian Tysons’s career.  From Tyson’s work as part of famed folk duo Ian and Sylvia, through his honky-tonk and country rock phases, to his remarkable cowboy culture songbook, members of The Gift shine a light on the singer-songwriter’s 60-year career.  The core band, led by Steward MacDougall, are alumni of Tyson’s bands and recording sessions, and the groups bring an unmatched authenticity to Tyson’s songs. Special guests include John Wort Hannam, Cindy Church and Tracy Millar to round out the cast. A must see for any Ian Tyson fan. 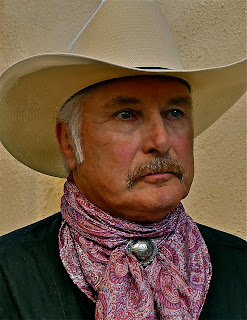 Posted by Newell Concert Association at 10:40 AM

KEN LAVIGNE: 3 KNIGHTS WITH A TENOR

Ken Lavigne has stolen hearts of concert goers across North America with his captivating blend of classical tenor sound and contemporary style.  He takes his audience on riveting and exiting adventures with spectacular songs and hilarious stories from his personal experiences.  3 Knights with a Tenor, an admittedly cheeky title, features the music of Sir Andrew Lloyd Webber, Sir Paul McCartney and Sir Elton John. 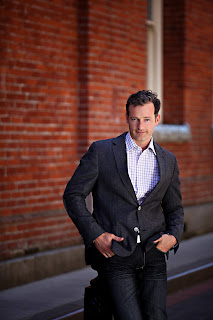 https://kenlavigne.com
Posted by Newell Concert Association at 10:30 AM

Not only is Brandon, Manitoba-born purveyor of contemporary soul paying tribute to classic R&B songwriting legends on his upcoming fourth album: he’s recruiting them. He’s collaborating with the musical legends Lamont Dozier and Felix Cavaliere who have written such hits as Good Lovin’, People Got to Be Free, (Love Is Like A) Heat Wave, and I Can’t Help Myself (Sugar Pie, Honey Bunch) and are both members of the Rock ‘N Roll and Songwriter Halls of Fame. This is something uniquely special for those that love R&B, soul and Motown music - and it will give you an experience that you will never forget. 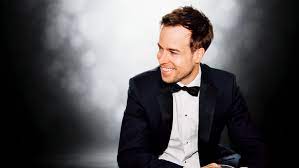 https://www.lukemcmaster.com
Posted by Newell Concert Association at 8:30 AM


Jenn Beaupre is an award-winning performer and songwriter based in Calgary. During her decade-plus career, she has appeared on Canadian Idol and Stampede City Sessions, performed at the Vancouver Olympics, opened for the Moscow Ballet, won the Calgary Stampede’s Most Promising Young Artist Award, and sang the national anthem at several NHL games. She has teamed up with Lewis Frere for a wonderful Christmas show featuring old familiar songs along with original compositions. 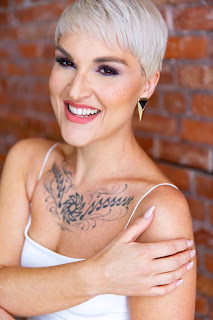 Posted by Newell Concert Association at 8:22 AM

You might hear the tunes of the Misery Mountain Boys drifting from behind a rotating bookcase of a 1930’s speakeasy. Harkening back to a simpler time, the MMB’s create a collaborative soundscape infused with humour, tongue-in-cheek wit, nostalgia, and playfulness. With a mix of catchy originals and contemporary songs reimaged in driving swing, the melodies of the MMB’s deliver themselves as both surprising and inevitable.  The band offers a diverse range of sonic experiences, urging audiences to gyration in the tassel-clad, sweaty swing numbers, and swaying in the velvety jazz tunes. 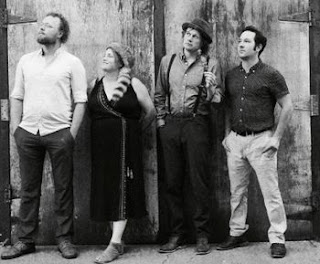 Posted by Newell Concert Association at 8:20 AM


Wednesday, February 8, 2023
7:00 P.M.* - GRIFFIN PARK THEATRE
*PLEASE NOTE THIS CONCERT IS ONE HALF AN HOUR EARLIER THAN OUR OTHER CONCERTS.

Professor Wow presents ‘The Invisible World of Science’. This circus and science show looks at the magical world of invisible forces all around us that shape our reality every second of every day. Professor Wow uses his mind-boggling circus skills to reveal and understand these invisible forces that are right under our noses. With his expert juggling and balancing skills, Professor Wow demonstrates Newton’s three laws of motion using a tall ladder, a big bowling ball, a leaf blower, string, celery, an enormous balloon he climbs inside, and much more!

For this show only members may bring their children and grandchildren under 18 years of age free of charge. 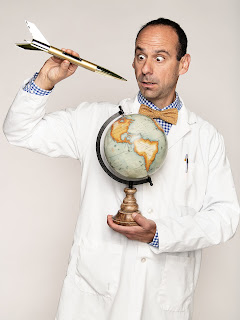 https://www.kbamonline.com
Posted by Newell Concert Association at 8:18 AM


With the goal of “uniting the hippies and the cowboys” as Willie Nelson once did decades ago, Storvold is quickly finding her sure-footing in the whiskey-soaked badlands at the intersection of Outlaw Country and Alt-Folk. In February 2019, she won CTV’s The Launch, receiving the opportunity to record and release a ballad, “Don’t Say You Love Me”, written and produced by Bryan Adams.  The single shot to #1 on the country charts in less than 3 hours.  She offers a catalogue of songs saturated with candor and depth, a lighthearted vulnerability, and a splash of piss and vinegar at the forefront of a new generation of storytellers. 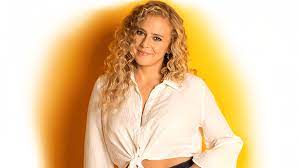 https://www.maddiestorvold.com
Posted by Newell Concert Association at 8:14 AM

Raised on the Alberta Prairies, Ryan Lindsay brings his strong country roots into his music.  He puts a modern twist on classic country sound: fun, edgy and authentic with unrivaled energy.  He shares stories of his career with audiences by playing popular hits that have inspired his music and songs from his latest record “Wild”.  He has opened for Kiefer Sutherland and has shared the stage with Dean Brody.  Winning the 2019 ACMA Rising Star and the 2018 County 105 Rising Star Award, Ryan Lindsay is a new buzzword in the Canadian country music scene. 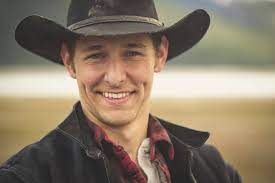 https://www.ryanlindsaymusic.com
Posted by Newell Concert Association at 8:12 AM

ALBERTA FOUNDATION FOR THE ARTS AND THE GOVERNMENT OF CANADA

THE SUPPORT FROM THE ALBERTA FOUNDATION FOR THE ARTS AND THE GOVERNMENT OF CANADA MAKES OUR CONCERTS POSSIBLE!
Posted by Newell Concert Association at 7:57 PM

HISTORY OF THE NEWELL CONCERT ASSOCIATION

Newell Overture Association was formed in 1974 to provide a variety of cultural entertainment not normally available in the community. The Overture Society out of British Columbia and under the leadership of George Zukerman presented the idea of forming a concert series to a meeting of 50 people in Brooks. The first series offered four concerts to a membership of approximately 250 people.
The local society was affiliated with Zukerman's organization and booked all their concerts with him annually. The first Showcase attended was in Edmonton in 1976 and from this several concerts other than classical were booked.
The concert series was held in the Brooks Composite High School gymnasium until 1982 when a theatre with fixed seating as well as sound and light, was made available. Newell Concert Association worked tirelessly to encourage the inclusion of this theatre in the new school.


There was representation on the board from the town of Brooks as well as surrounding area.
One of the first priorities of the board after finding a home for the series in the new theatre in Griffin Park School was to purchase a grand piano in 1983 for $13,000.
Throughout the years the concert series continues to thrive and has been successful in acquiring an annual grant from the Alberta Arts Foundation . This funding along with ticket sales has enabled the organization to present an average of nine concerts per season, offering a wide variety of entertainment ranging from comedy to classical.

Posted by Newell Concert Association at 4:56 AM


All tickets are transferrable.

Season tickets can be purchased at the ATB - 219 2nd Street West in Brooks.
You can also mail in a cheque with the completed order form to Newell Concert Series, Box 1601, Brooks, AB T1R 1C4
Pamphlets are located in various businesses around town or you may call 403-362-5040 for more information.

If our season is not sold out a limited number of rush tickets are available at the door at $25.00 for each concert. Children 12 and under - $10.00 each. These are on a first come first serve basis. Rush tickets are purchased at the door the night of the performance.
Posted by Newell Concert Association at 12:13 AM No comments:


Posted by Newell Concert Association at 12:12 AM