skip to main | skip to sidebar


Due to Covid 19 our 2020-21 Season has been cancelled.  We hope to bring the shows that are listed to our 2021-22 season.  In the winter or spring of 2021 we hope to bring you two shows to make up for the shows that were lost in the 2019-20 season.  We are hoping to rebook James Keelaghan and Jez Lowe and we will be looking for another show to replace The Silver Screen Scoundrels who have disbanded.  These are challenging times and we look forward to reviving our concert series in the fall of 2021.  Stay safe everyone!

Posted by Newell Concert Association at 9:38 AM

The Wilkinsons, hailing from Trenton, Ontario, were founded in 1997, consisting of lead singer Amanda Wilkinson, her brother Tyler Wilkinson, and their father, Steve Wilkinson. The Wilkinsons achieved success late in 1998 with the hit single "26 Cents", a Number One on the Canadian country music charts and Top 5 hit on the U.S. Billboard Hot Country Singles & Tracks (now Hot Country Songs) charts. It was followed by "Fly (The Angel Song)", also a No. 1 in Canada. A second album, Here and Now, produced the group's last American top 40 hit in "Jimmy's Got a Girlfriend". You won’t want to miss this season-opener.  A first class group to start off our season 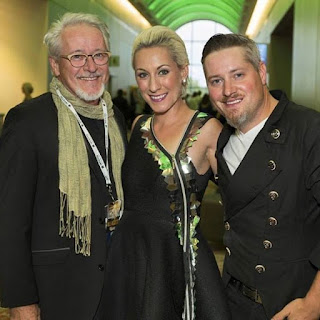 Posted by Newell Concert Association at 9:27 AM

KEN LAVIGNE - 3 KNIGHTS WITH A TENOR


Ken was a founding member of the Canadian Tenors and co-founded the successful tenor trio, Romanza.  He has charmed his way into the hearts of concert goers across North America with his exciting blend of classical tenor sound and modern style. Ken Lavigne has a long and impressive list of solo concerts and engagements with symphony performances presenting popular songs and traditional tenor arias. An evening sure to be enjoyed by everyone. 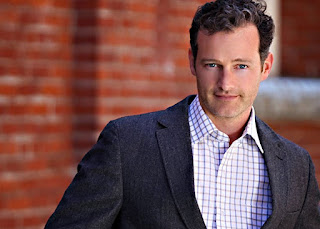 www.kenlavigne.com
Posted by Newell Concert Association at 9:26 AM

Not only is Brandon, Manitoba-born purveyor of contemporary blue-eyed soul paying tribute to classic R&B songwriting legends on his upcoming fourth album: he’s recruiting them. He’s collaborating with the musical legends Lamont Dozier and Felix Cavaliere who have written such hits as Good Lovin’, People Got to Be Free, (Love Is Like A) Heat Wave, and I Can’t Help Myself (Sugar Pie, Honey Bunch) and are both members of the Rock ‘N Roll and Songwriter Halls of Fame. This is something uniquely special for those that love R&B, soul and Motown music - and it will give you an experience that you will never forget.

www.lukemcmaster.com
Posted by Newell Concert Association at 8:24 AM

Come enjoy a traditional country Christmas show with Trevor Panczak. He is an award winning country music entertainer from Southern Alberta. His humor, smooth vocals, charming stage presence and unwavering drive to grow as an artist has contributed to him becoming the headline act he is today. Trevor's authenticity, talent and core values are synonymous with the spirit of country music and that’s what makes him so kind, approachable and professional. He has helped raise over $450,000.00 in the past 5 years for various charities. A perfect way to begin the Christmas season. 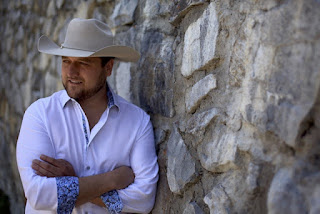 
Posted by Newell Concert Association at 8:22 AM

The Vermilion Duo began their adventures in 2013, performing the inaugural recital of the Jean Wright Concert Series in Vermilion, Alberta. They have continued to dazzle audiences ever since. The vast repertoire and stylistic diversity of music written for violin and piano provides the duo with a limitless source of inspiration.  Individually, Andrea and Alexandra enjoy busy professional careers that encompass performing as soloists and in other ensembles, accompanying, teaching, adjudicating, composing and arranging. 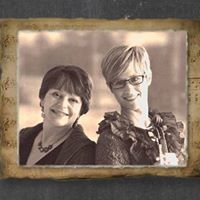 Posted by Newell Concert Association at 8:20 AM


Wednesday, February 10, 2021
7:00 P.M.* - GRIFFIN PARK THEATRE
*PLEASE NOTE THIS CONCERT IS ONE HALF AN HOUR EARLIER THAN OUR OTHER CONCERTS.

The recipe for fun?  We take a scoop of toe-tapping tunes, add a dash of silliness, then rattle and strum until we’re ready to fall over.  “Rattle and Strum” gets kids of all ages dancing, singing, and having fun.  With Heather on guitar and Steve on drums, this highly interactive band from Calgary leaves nobody out, and is known for original music that parents enjoy too.

For this show only members may bring their children and grandchildren under 18 years of age free of charge. rattleandstrum.com
Posted by Newell Concert Association at 8:18 AM

Martin Kerr is making a return engagement to the Brooks stage. Often compared to James Taylor and more recently Ed Sheeran (although that might have more to do with his ginger hair and charming English accent) Kerr's storytelling spans the whole spectrum of emotions. His powerful voice and songwriting have earned him high praise from legends like Sarah McLachlan and Bruce Cockburn. His captivating stories and stage presence have made him a hit at major Folk Festivals.

www.martinkerrmusic.com
Posted by Newell Concert Association at 8:14 AM

The Fleetwood Mac Experience celebrates the music of Fleetwood Mac with integrity and passion. This is a Fleetwood Mac live experience that pays homage to the classic line-up of the band, with respect for its artistry and influence on popular music and culture. You’ll hear all the songs you know so well, as well as some classic tracks Fleetwood Mac has never played live. MAC DADDY performs Fleetwood Mac’s biggest hits from the ‘70s and ‘80s, and even touches on their early years as a British blues band. It’s time to get your Mac on. It’s time for MAC DADDY! 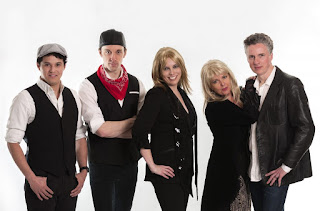 www.macdaddymusicstore.com
Posted by Newell Concert Association at 8:12 AM


There’s no other band out around like Gordie MacKeeman and His Rhythm Boys.   Led by fiddling wiz Gordie “Crazy Legs’ MacKeeman, the roots quartet features all-star pickers and singers, with everything from down-home country to reckless rockabilly to intricate bluegrass.  Engaging and entertaining crowds of all ages, the four multi-instrumentalists put on a variety show that has fans dancing, laughing and singing along. 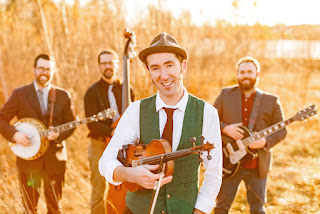 Posted by Newell Concert Association at 8:11 AM

ALBERTA FOUNDATION FOR THE ARTS AND THE GOVERNMENT OF CANADA

THE SUPPORT FROM THE ALBERTA FOUNDATION FOR THE ARTS AND THE GOVERNMENT OF CANADA MAKES OUR CONCERTS POSSIBLE!
Posted by Newell Concert Association at 7:57 PM

HISTORY OF THE NEWELL CONCERT ASSOCIATION

Newell Overture Association was formed in 1974 to provide a variety of cultural entertainment not normally available in the community. The Overture Society out of British Columbia and under the leadership of George Zukerman presented the idea of forming a concert series to a meeting of 50 people in Brooks. The first series offered four concerts to a membership of approximately 250 people.
The local society was affiliated with Zukerman's organization and booked all their concerts with him annually. The first Showcase attended was in Edmonton in 1976 and from this several concerts other than classical were booked.
The concert series was held in the Brooks Composite High School gymnasium until 1982 when a theatre with fixed seating as well as sound and light, was made available. Newell Concert Association worked tirelessly to encourage the inclusion of this theatre in the new school.


There was representation on the board from the town of Brooks as well as surrounding area.
One of the first priorities of the board after finding a home for the series in the new theatre in Griffin Park School was to purchase a grand piano in 1983 for $13,000.
Throughout the years the concert series continues to thrive and has been successful in acquiring an annual grant from the Alberta Arts Foundation . This funding along with ticket sales has enabled the organization to present an average of nine concerts per season, offering a wide variety of entertainment ranging from comedy to classical.

Posted by Newell Concert Association at 4:56 AM

All tickets are transferrable.

Season tickets can be purchased at the ATB - 219 2nd Street West in Brooks.
You can also mail in a cheque with the completed order form to Newell Concert Series, Box 1601, Brooks, AB T1R 1C4
Pamphlets are located in various businesses around town or you may call 403-362-5040 for more information.

A limited number of rush tickets are available at the door at $25.00 for each concert. Children 12 and under - $10.00 each. These are on a first come first serve basis. Rush tickets are purchased at the door the night of the performance.
Posted by Newell Concert Association at 12:13 AM No comments:

Posted by Newell Concert Association at 12:12 AM